Lutein is a fat-soluble pigment. Belongs to the Carotenoids group. Carotenoids can be divided into two broad categories: 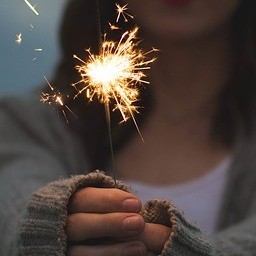 carotenes. Such as β-carotene and lycopene. And xanthophylls. Such as lutein and zeaxanthin. Lutein exists in other parts of the human body such as the human eye (retina, rod-shaped outer segment, lens). Including skin, brain and breasts.
But because the biosynthesis of lutein only occurs in plants, algae, bacteria and certain fungi. Therefore, the main intake of human lutein depends on the diet or supplement. Lutein increased by 10% in the diet. The concentration of lutein in serum increases by 2% to 4%.

How to add it?

Lutein is essentially the same as zeaxanthin. Where there is lutein there will be zeaxanthin. Everyone may think. Since lutein is a carotenoid. The carrot must have rich lutein and zeaxanthin? But in fact, every 100 grams of raw carrots contain only 0.27 milligrams!
Lutein is found in many foods. Like dark green leafy vegetables and fruits: kale, spinach, broccoli, kiwi, grapes, orange and so on. They are rich in lutein. If you can take 1 bowl of spinach or kale daily, you can get the recommended amount of 6 mg of lutein per day. But beware, these foods should not be cooked for too long. As long as it is cooked, it will cause the nutrients to be lost in the long-term cooking.

How much is enough to eat?

The general intake is 1-2 mg per day. People who take 3-5 mg a day will be attributed to high intake. If you want to achieve help with your vision. In most studies, taking 6 mg of lutein per day reduced the risk of 43% of macular degeneration. But don’t exceed 20 mg. 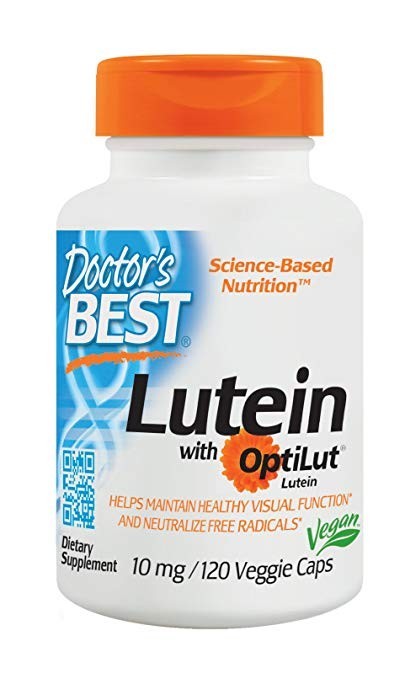 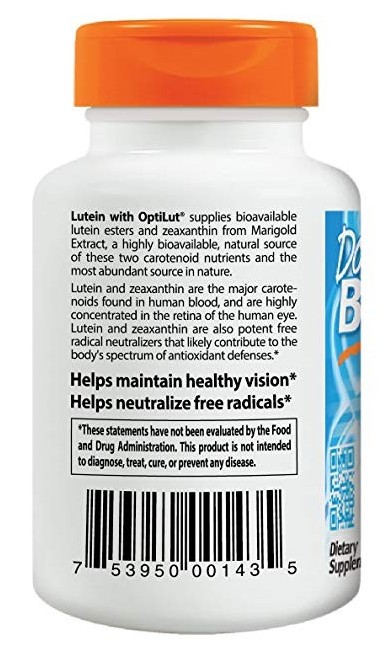 PRO#1:Prevention of macular degeneration and improvement

Lutein and zeaxanthin are thought to reduce the risk of macular lesions in the early, middle, and late stages of the study. I can see another article in my book about what is macular degeneration.

Rich in lutein, zeaxanthin and vitamin B group. Observed in the study. May help reduce the risk of cataracts. However, this result will be observed. It may also come from such a diet. In fact, a lot of fruits and vegetables are ingested. Such ethnic groups may have better living habits than the average person. So is it the efficacy of lutein for the prevention of cataract? Or is the root cause that the diet and health of this group have a preventive effect on cataracts? The current causal relationship is still difficult to determine. See my other article about cataracts.

Lutein was identified by the US Food Hygiene Agency as Generally Recognized As Safe. That is, it is roughly considered to be a safe component. So what if lutein would eat too much? There are many studies on lutein. Supplemental doses range from 8-40 mg per day. The replenishment time is from 7 days to 24 months. At such doses as well as during the study period. Only some study subjects responded to some physical discomfort. So if you eat 6-30 mg a day. Don’t worry too much.

This product has a total of 319 reviews. Of these, 259 were positive comments. Accounted for 81.18%. Most users have indicated a considerable improvement in vision. Only a few have discomfort. I suggest you take lutein if you have eye irritation. It should be discussed with your physician to avoid counterproductive effects.

View all posts by Alexa →

Does Vitamin E do?

Does vitamin C do?

17 thoughts on “lutein and zeaxanthin supplements”