Cataract Latin word source cataract. It means “waterfall.” Imagine watching through waterfalls, fog or frosted glass. The cause of cataracts is mainly due to changes in the protein structure in the lens. Originally soluble proteins are transformed into insoluble proteins. The rate of cataracts increases with age. Based on data from the Centers for Disease Control and Prevention. Cataracts are the leading cause of vision loss in the United States. 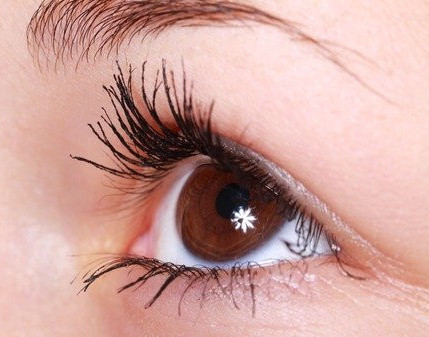 There are many reasons for cataracts. Mostly due to the change in its chemical composition, it loses its transparency. May have something to do with age. It may also be hereditary or congenital. With age. Crystals can harden or become cloudy. Most of them belong to this type. In addition, factors such as sunlight, ultraviolet damage, and heredity can also cause cataracts. However, modern people use their eyes excessively and overuse 3C products. Will cause a significant decline in the age of cataracts.

The initial stage does not have much effect on vision, or even feeling. I just feel eye strain occasionally. Turbidity began to occur in the superficial cortex of the crystals in the periphery, and became cloudy in spokes. The central part of the crystal remains relatively transparent. Basically, the measured vision value approaches normal in the early stage.

The protein started to cloud the lens, making it slightly opaque, especially in the center. There are usually signs of vision fatigue, blurring, glare, halos and ghosting, and ophthalmologists recommend the use of anti-glare glasses. If artificial crystals are to be placed, surgery can be performed at this stage.

The degree of opacity increases to the extent that it appears milky and white or amber. Vision is extremely diminished. If cataracts are seriously affecting your life at this time, surgery is recommended.

The crystals are further dehydrated. The surface capsule shrinks and becomes thin. The cortex within the lens liquefies and becomes a milky white chyle, and the core of the lens sinks. Cataract enlargement and compression hinder the flow of aqueous humor, and intraocular pressure remains high. Untreated can cause “glaucoma.”

Surgical removal is the only effective treatment. At present, it is mainly to replace the crystalline lens. And the success rate of cataract surgery is very high. About 95% of patients will have good vision after surgery.

The crystalline lens is an important structure in the eyeball. A transparent body having a lenticular lens shape. Just like a magnifying glass. However, the front is flatter and the rear is more convex. The front is directly connected to the back of the iris (behind the pupil), and the back is followed by the vitreous body. It has many small ribbon fibers attached to the edge to fix the crystalline lens in a certain position. Does not flutter as the eyeballs rotate. The lens has three main functions in the eyeball:

Because it is clear and transparent and has a refractive power of 15-20 diopters, it can allow light to pass through and focus on the retina. If there is no crystalline lens, you need to wear a convex lens above 1000 degrees to see things clearly.

Our eyes need to look far away and close to each other, that is, it depends on the change of the thickness of the lens to change the refractive power. When looking into the distance, relax and tighten the small band fibers to minimize the diameter of the lens. When looking at a close object, the ciliary muscles contract and the small fibers relax, making the crystalline lens convex to increase the refractive power.

The absorption of ultraviolet rays (especially ultraviolet A) by the water crystal is very strong, which can prevent ultraviolet rays from directly irradiating the retina, causing damage to the retina. Therefore, people who have no crystalline lens (trauma or postoperative), in bright sun, it is best to wear anti-ultraviolet glasses to protect the eyes.

It can be roughly divided into four types, including yellow crystals that can filter blue light, crystals with aspheric design, crystals that correct astigmatism, and multifocal anti-presbyopia lenses. They are used to improve vision and image quality.

View all posts by Alexa →

The first step of death! Heart hypertrophy can not be ignored

Do you have a bowel movement today?